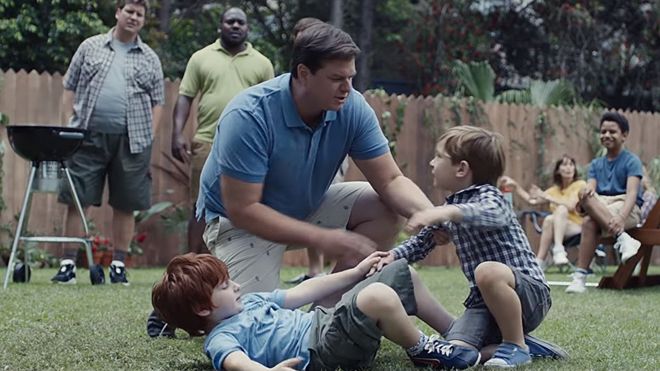 Gillette is calling on men to step it up. A new ad, called “We Believe” and lasting a minute and a half, encourages men to to change their behavior. It directly invokes the #MeToo movement in order to directly confront America’s culture of “toxic masculinity.” Not everyone is on board with Gillette’s message. Hundreds of comments and replies on the Twitter post and Youtube video debuting the ad expressed negative sentiment. Many criticized the tone of the ad, comparing it to a lecture.

Goldman McCormick PR’s thoughts on Gillette
From a PR perspective Gillette’s “shave your toxic masculinity” campaign is probably going to cost them loyal customers regardless of what their intentions were in creating it. This is another example of a corporation seeking to profit and increase brand awareness by tapping into the vein of a social controversy.

Gillette like the NFL or Pepsi doesn’t seem the grasp the concept that a sizeable portion of the American people doesn’t want a moral, political, or social lecture or message thrust upon them when they go to a game, take a drink or even shave.

Playing devils advocate here, Gillette appears to be taking on bullying, sexism, and sexual harassment in their ad. Shouldn’t this company be commended for taking a bold stance on these social issues? Some may say yes but, others may respectfully disagree including men who are portrayed in the commercial as being the root causes of bullying, sexism, and sexual harassment.

Commercials are typically designed to make a person feel good if they chose to use a certain product. If your target demographic is men, why would you do anything to cause them to feel bad, insecure or ashamed like this “toxic masculinity” commercial does?

“Why do corporations feel that they are in any position whatsoever to lecture me about morality & social responsibility?” An American may be asking themselves. “Especially when I constantly hear about how corporations are ducking out of paying taxes, or testing their products on animals, or how their CEO’s are fired for some form of sexual harassment which seems to be happening a lot lately.”

As far as the short and long term reputation outlook on Gillette goes, the fact that their commercial has already become politically polarized is not a positive development. When a crisis / controversy happens, a lot of the anger and emotional reactions occur within the first 48 hours and then they tend to subside. If loyal Gillette customers are still tweeting about this commercial in the next few weeks or months then this outage will start to have long term damage to Gillette’s brand (at least in the US).

If corporations, CEO’s and individuals wish to successfully spread a message to encourage a moral behavior or attitude change; the first thing any of them can do is to be a living example of that message. They should become the very person that they wish others to be. Also, if corporations, CEO’s and individuals feel strongly about a particular cause then they should make sizable donations to these causes…quietly.

When some people purchase brands, they also feel that they are purchasing the culture that comes with that brand. If the brand presents itself at any time as less than all inclusive to its customer base, then the brand risks permanently alienating portions of its targeted demographic.