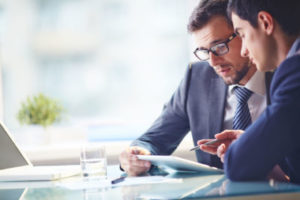 Goldman McCormick PR provides winning PR strategies for political candidates. Call us today at (516) 901-1103 to learn how we may be of assistance to your political campaign. Our firm offers effective reputation management and crisis communication consultations to organizations across the political spectrum. We are party-agnostic — we stand behind our clients with the goal of helping them succeed.
A Brief History of PR and Politics
The earliest form of public relations in politics consisted of ancient leaders creating monuments promoting their reign or spreading rumors and lies about an enemy. But when mass communication arrived, politicians running for office truly had an opportunity to influence others for the first time.

Politics in Early Newspapers
Throughout the period before and after the American Revolution, leaders used newspapers to support or disparage various ideas. Pamphlets like Common Sense by Thomas Paine were distributed to spread anti-British sentiment. After the Revolutionary War, supporters of the Constitution published The Federalist Papers in several newspapers to garner public support.

While these activities and others like them are considered early forms of public relations, they were often spontaneous and decentralized. Politicians often publicized events in newspapers, inviting the media and the public. These events were never part of a campaign strategy, but they sought to inform voters.

PR as Propaganda
While it took time for politicians to utilize public relations effectively in campaigns, it didn’t take long for them to create propaganda — defined as political communication that is biased and misleading in nature. As political machines began to break up and the modern primary election system was established, candidates used propaganda to dissuade citizens from supporting their opponent. The use of propaganda on a larger scale really emerged with radio and TV. The most well-known of early propaganda “attack ads” was released in support of President Lyndon B. Johnson in 1964, insinuating that a vote against him could result in nuclear war. Often called “the Daisy ad,” it is considered the grandfather of modern political propaganda.

Common Political PR Practices
Public relations and politics remain closely knit in today’s campaigns, with candidates hiring extensive PR staffs or working with PR agencies. Here are a few of the common practices that almost all political campaigns use.

Digital Public Relations
Social media and the Internet have added a new layer to public relations and political campaigns. Candidates need a social media strategy to keep them in the minds of voters. For example, Hillary Clinton’s campaign has been creating easy-to-share social media posts to describe her student loan policies. Candidates are paying more attention to bloggers as a part of their media engagement strategy. Social media and the digital space will continue to be of critical importance to the PR strategies for campaigns.

Political Candidates and Their Advisers

PR strategies for political candidates come in many forms. Some are more successful than others. When you work with Goldman McCormick PR, you’re hiring an experienced team of professionals. We work directly with candidates and their political advisors throughout the election cycle; from the time prior to announcing their run for office as well as during the campaign. In addition, we make ourselves available to them even after they’re elected. After all, PR strategies for political candidates are just as important even after they’re in office.

Every successful political campaign is different from the rest because they were effective in showing how their candidate was different from the rest. This is a fact that many public relations agencies for political candidates miss. Goldman McCormick PR considers every aspect of a campaign: the candidate, the issues, and the voting public. We build a solid PR strategy that encompasses the whole while focusing on each of its parts:

Quite frankly, many political candidate PR agencies do not place the proper emphasis on effective communication. There are several layers to this, and each is key:

We Represent Your Best Interests

When it comes to political candidate public relations agencies, at Goldman McCormick PR we put our egos aside to focus on the best interests of our client. We are pleased to work as part of a larger team, or take the helm to help drive your message in ways that will generate maximum impact. We can leverage our established relationships with mainstream and independent media sources on our client’s behalf. This includes interviews with the candidate during:

Give Goldman McCormick PR a call at (516) 901-1103 to discuss why we’re a top choice for effective PR strategies for political candidates.