What is the Difference Between Marketing and Public Relations?

The Answers You Need from a New York PR Firm 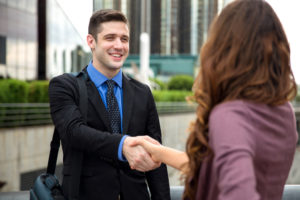 Many business professionals do not understand the differences between public relations and marketing. Social media has also added confusion to the mix. In fact, social media provides user-generated content that blurs the boundaries between public relations (PR), marketing, and advertising. However, there are clear and important differences between marketing and public relations and how they can benefit your company. At Goldman McCormick PR, we have helped many companies benefit from the tools available to them via our established network of connections. Call us to discuss your business goals and learn how we can help you reach them. A member of our team will be happy to provide you with more information about any of the following.

Focus: Marketing’s main focus is specifically on the services and products a company provides. Public relations primarily focuses on relationships. A PR agency such as ours can create the right balance of both in order to help your company reach its target demographic.

Function: Public relations and marketing are used for different purposes. Marketing is considered a line function, which is directly related to the company’s bottom line. Public relations is considered a staff function, which indirectly supports the company’s objectives and goals. However, both can be effective at helping your company grow. A PR agency like ours can show you how.

Target: The customer is marketing’s target. The marketing department works to meet customer demands in order to move services and goods from the producer to the consumer. Alternately, PR focuses on a range of goals and stakeholders who support the company’s objectives collectively. The stakeholders would be the media, employees, community, political leaders, trade analysts, customers, supplies, and others. As a PR agency, we use our established connections with community stakeholders to the benefit of our clients.

Carryover Benefits: Public relations can add to the success of a company by creating and maintaining a positive business, social, and political environment. Research has shown that if the customer views the company in a favorable way, the company’s price promotion strategy and marketing benefits and improves. This can be done by leveraging positive news coverage that we as a PR agency can facilitate.

Earned media: Earned media, also considered “free media,” is a component of the public relations professional’s playbook. Earned media is created through the publishing of information via a third party. This includes journalists, bloggers, and other influencers. This also includes social media’s word-of-mouth transmission. Earned media is seen as a more credible source than paid media because they are third-party endorsements. Conversely, earned media is also not controlled, which means that a company does not have any control over the tone in which the story is written. Even so, earned media is a cost-effective way to win over customers. As a PR agency, this is a method we have found to be very successful.

Paid media: Radio, print, and television advertising are the most common marketing strategies. Paid media plays a large role in the marketing department’s campaign strategy and is the main focus of their marketing budget. One example of this would be Super Bowl advertisements. A 30-second commercial spot can generate millions of dollars for the company that placed the ad.

Owned media: Owned media is a grey area as to whether it is considered marketing or public relations. Examples of owned media include blogs, websites, Twitter and Facebook profiles.

A New York PR Firm with a Successful Track Record
Public relations and marketing both play large, important roles in achieving their company’s objectives and goals. In order for a company to be as profitable as possible, the company’s management should learn and adequately integrate marketing and public relations into their company’s strategies. Call Goldman McCormick PR to find out how we can help your company achieve its goals.